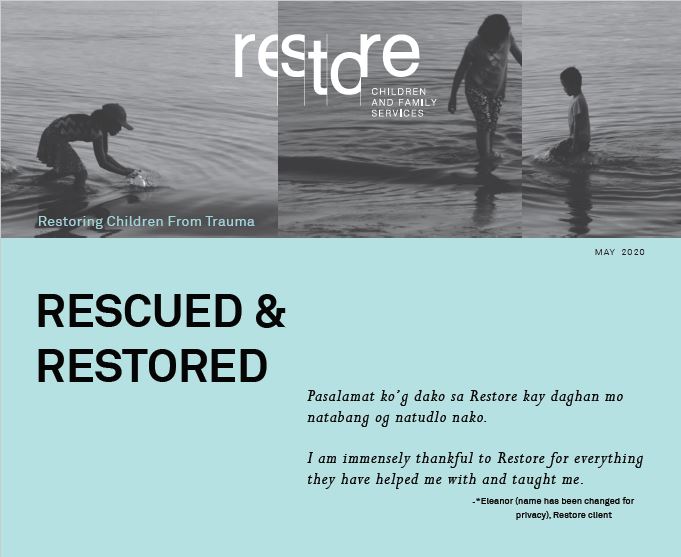 Sixteen year old Eleanor* (the client’s name has been changed to maintain privacy), teased as “mangurog”-the girl who trembles or shakes, suffers from major depressive disorder. Memories of her trauma causes her to cry and shake uncontrollably. To those unfamiliar with her past, these episodes may look like she has seizures. It doesn’t take much to trigger these physical symptoms. It could be something as common as people raising their voices in the heat of an argument. She wasn’t always like this.

Eleanor’s parents separated when she was still a baby. Eleanor andher brother lived with her maternal grandparents, but their father was involved in their lives until their mother relocated them to a small rural area in Leyte, Ph ilippines. The separation and relocation

was difficult enough, but Eleanor’s world became dimmer. It started out like a normal morning. That day, her mom left to run an errand. A neighbor watched as Eleanor’s mom left the house. Eleanor was home alone. With no one to protect her, he took advantage and raped her. She was only thirteen.

What was she going to do? Who would she tell? Who could she trust? Who would believe her? She noticed that her mother had feelings for the perpetrator so what was the point of telling her?

She was convinced no one would believe her. There was no one she could trust. She decided to stuff it all inside…the pain, the fear, the rage, the loneliness, the brokenness. She hoped moving back to her grandparent’s home would help her to forget.

Two years later, her mom enticed her with the promise of paying for her and her brother’s education if she moved back. In a third world country like the Philippines, an education means an opportunity for a better job and a better life. Eleanor longed for that, so she agreed to move back. Their mother changed in the two years Eleanor was away. She became neglectful and abusive. She beat them physically and wounded them with her words. Instead of sending her to school as she promised, she sent Eleanor to Cebu to work as a housekeeper and demanded that Eleanor give her most of what she earned.

Eleanor’s employers were kind and caring. When she was injured while working, they brought her to a hospital. Eleanor’s secrets came to light that day. The doctor noticed the physical evidence of abuse. After 3 long years, someone finally knew about the rape. Social services removed her from her mother’s home and placed her in a government shelter. That day was the beginning of her journey to healing. 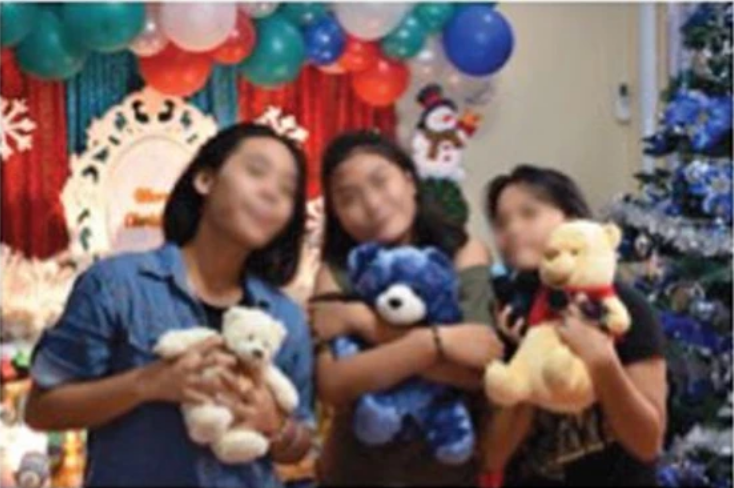 The journey isn’t easy, but it’s easier when there are caring people to help along the way. Restore is walking alongside Eleanor. Mental health staff are working with Eleanor to learn how to control her emotions instead of being controlled by them. When they are out of control, she has panic attacks and becomes clinically depressed. It’s not easy to trust or open up after going through the trauma that Eleanor went through. Her smiles and motivation communicate that the therapy services she receives at Restore are helping her journey to healing. Eleanor still dreams of graduating. She has renewed hope for a better life. She is grateful to the Restore staff for the support she receives and for Restore’s partners, like you, who make it possible for children like her to be able to dream and hope again. Pasalamat ko’g dako sa Restore kay daghan mo natabang og natudlo nako.